In this courtroom sketch, Harvey Weinstein, center, is led out of Manhattan Supreme Court by court officers after a jury convicted him of rape and sexual assault, Monday, Feb. 24, 2020 in New York. The jury found him not guilty of the most serious charge, predatory sexual assault, which could have resulted in a life sentence in New York. (Elizabeth Williams via AP) 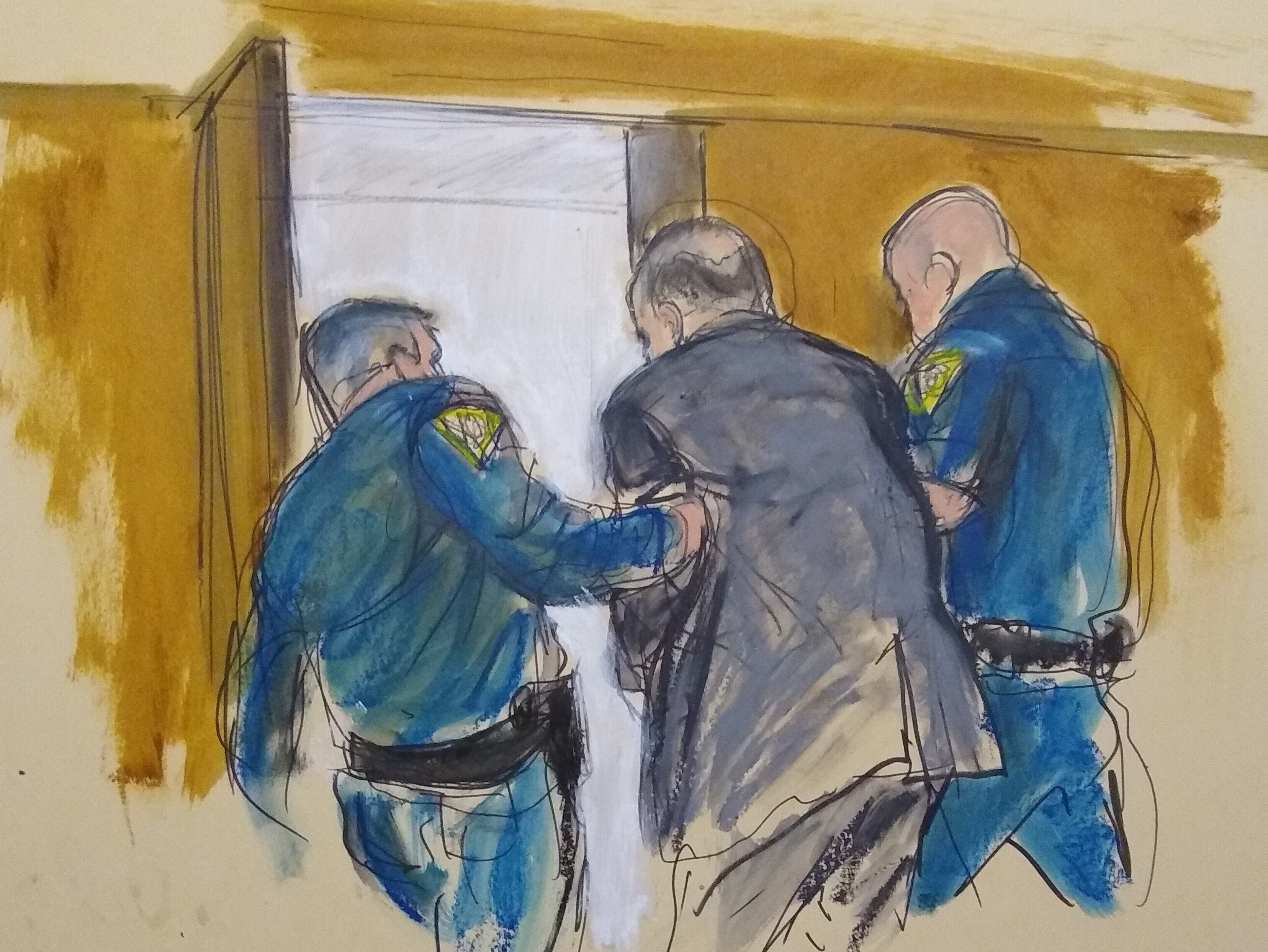